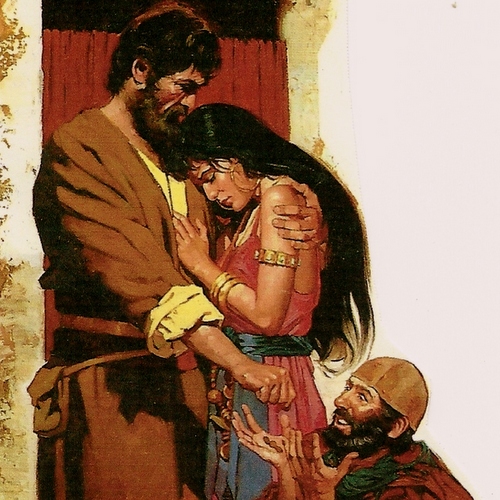 The book of Hosea is historical narrative delivered as a metaphor for the relationship between G-d and His people. Hosea prophesies in a period of steep moral and spiritual decline for the northern kingdom of Israel. Although the nation was financially wealthy, their prosperity led them into a period of unparalleled idolatry and moral decay. G-d instructs Hosea to take a "wife of harlotry" (a prostitute) whose unfaithfulness to Hosea would serve as a striking illustration of Israel's unfaithfulness to G-d. Hosea warned the nation of the judgment that would come unless they repented and returned to G-d. The book reveals the depth of G-d's love for His people... a love that does not allow any rivals.