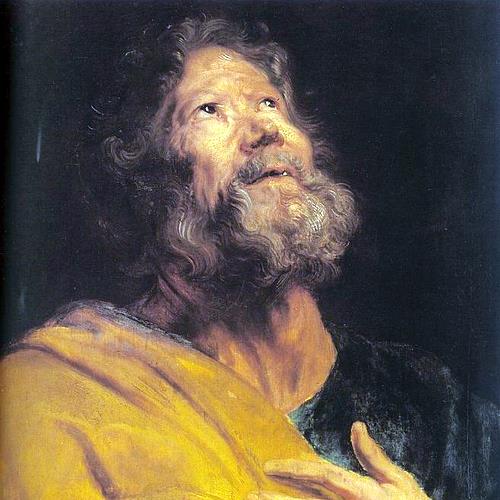 Unlike Paul's letters, the name of First Peter describes the author of the epistle rather than its audience. The apostle Peter wrote to believing Jews dispersed throughout the known world who were being persecuted by their non-believing Jewish brothers. They were distressed that the kingdom of G-d had not already arrived so Peter encourages them to remain faithful "to obtain an inheritance which is imperishable and undefiled" that is yet to come. Peter reminds them of their salvation in Messiah and exhorts them to "long for the pure milk of the Word" of G-d in the midst of their suffering. He extols the greatness of Yeshua and reminds them of their position as "a chosen race, a royal priesthood, a holy nation, a people for G-d's own possession". He encourages them to continue living lives that are holy and set apart for G-d who will "perfect, confirm, strengthen and establish" them when He returns.