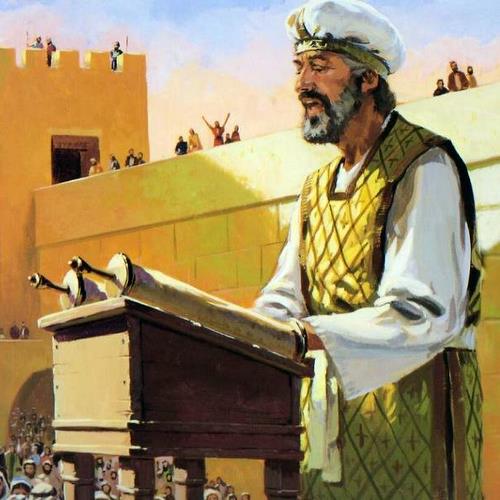 The historical narrative of Ezra begins where 2 Chronicles concludes with the Persian King Cyrus sending the exiles of Judah back to Jerusalem.  In spite of opposition from the non-Jewish inhabitants of Judea, and after encouragement by the prophets Haggai and Zechariah, the temple was rebuilt.  Afterwards Ezra leads the second of three waves of returning exiles back to the Land.  By the time Ezra arrives, the people had once again fallen into sin.  Ezra declares the Word of the Lord, calls the people to repent and obey G-d's commandments, and they respond.  Ezra succeeded because G-d's hand is upon him (7:6, 9, 28; 8:18, 22, 31).  The book of Ezra demonstrates G-d's power to move in the lives of men (even pagan kings!)  to accomplish His plan of redemption.