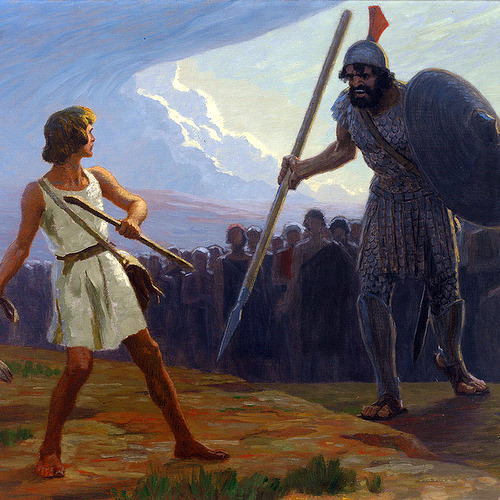 First Samuel is a historical narrative that records the establishment and early periods of Israel's monarchy.  After the time of the Judges, Samuel leads Israel as prophet, priest, and judge.  Israel demands Samuel set a king over them like the nations around them and G-d directs Samuel to anoint Saul as Israel's first king.  David kills the giant Philistine, Goliath, and consequently enters Saul's court where he becomes the friend of Saul's son, Jonathan.  David later becomes the leader of Saul's armies and enjoys great success in battle.  Saul turns away from G-d and disobeys His commands so Samuel anoints David to succeed Saul to the throne.  Saul becomes violently jealous towards David as a result, which forces him to flee. The book concludes with Saul's death in battle at the hands of the Philistines.