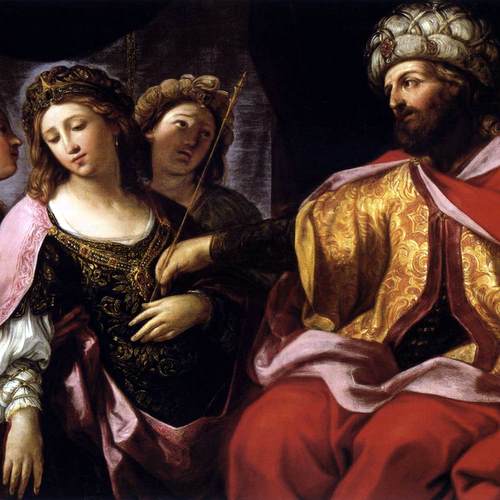 The book of Esther never mentions G-d's name, yet G-d clearly orchestrates all of the events in it. In this historical narrative, Esther, a Jew living among the exiles in Persia, becomes queen of the empire. Haman, a Persian official, seeks to annihilate all the Jews in the kingdom (Esther 3:12), but God had prepared Esther "for such a time as this" to save his chosen people. The book documents the origins of the Jewish observance of Purim, which celebrates the events of the book: Israel's survival and God's faithfulness.