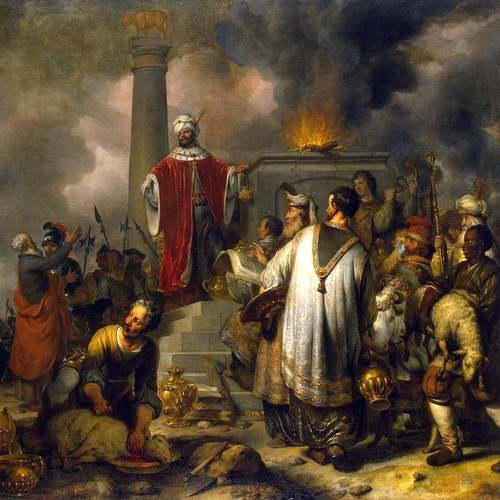 First Kings is a historical narrative that begins with the death of King David and the reign of his son, Solomon. G-d grants Solomon great wisdom and wealth and he constructs a temple for G-d in Jerusalem. Solomon's unfaithfulness to G-d later in life, however, sets the stage for general apostasy among the people of Israel. After Solomon's death, his son Rehoboam reigns and enacts harsh policies leading to the revolt of the northern tribes that divides the nation. The northern tribes become known as Israel while the southern tribes are called Judah. G-d shows His faithfulness to His people by sending prophets, most notably Elijah, to warn them not to serve other gods. First Kings concludes by mentioning the subsequent kings of Judah and Israel and noting behavior towards to G-d.