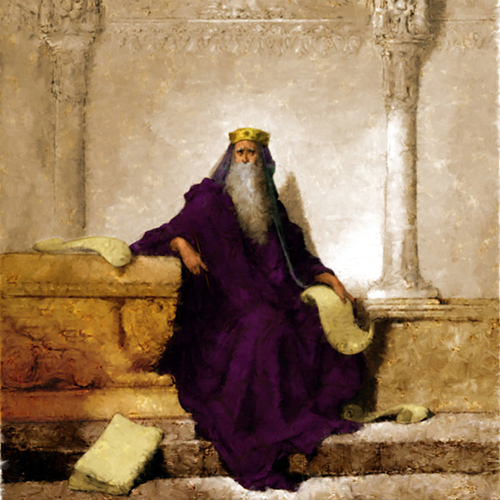 The historical narrative of Second Chronicles begins where First Chronicles ends: Solomon ascends to the throne of his father, David and establishes himself securely over the kingdom of Israel.  After the initial glory of Solomon's reign, his sons' actions divide the kingdom and lead both Israel and Judah into sin.  Second Chronicles records Judah's descent into sin that culminates in their exile in Babylon.  Although the northern kingdom, Israel, is led by a series of idolatrous kings, Judah had several godly kings, most notably Hezekiah and Josiah.  In spite of their efforts to turn Judah back to G-d, the nation continues their spiritual decline.  The book concludes by jumping ahead several years after the Babylonian captivity to record the decree of Cyrus that enabled the Jewish exiles to return to the Promised Land.