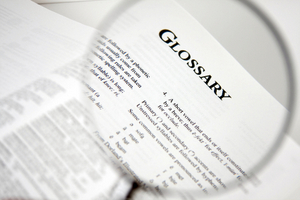 glos·sa·ry: a collection of brief explanations (as in the margin or between the lines of a text) of difficult or obscure words or expressions.

Psalm11918.org has provided this glossary of Hebrew and Greek words to aid our readers in the understanding of specialized words used in our articles.