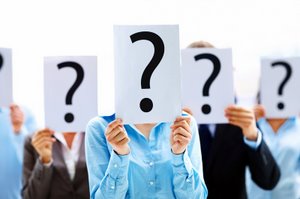 In the Summer 2010 edition of Messiah Journal by First Fruits of Zion, Derek Leman provides a review of a book entitled "Mapping Messianic Jewish Theology" by Richard Harvey. In the review, Mr. Leman recounts seven "pressing questions" for Messianics from the book.

Psalm11918.org has been developing our position on these points and would like to share our answers to those questions.

Although it should go without saying, we want to make it clear that, with additional study and G-dly counsel, our answers to these questions may change.

What is our stance regarding revelation and tradition?

We believe the 66 books of Scripture (Genesis through Revelation) in their original languages (Hebrew, Aramaic, and Greek) comprise G-d's revealed Word. These are the very words G-d inspired in the men who recorded them. There are no other books, letters, writings, or oral messages that carry the same absolute weight and authority as these writings.

A music composer defines the notes of the melody and harmony in a symphony and assigns each instrument to play its part. In a similar way, G-d has defined the melody and harmony of His Words and appointed the instruments of His Will (the prophets, kings, and other men of Israel) to reveal them to the world. G-d's revelation of Himself through Scripture is closed. The Book is written. It is finished. We should neither add to it nor take away from it (Revelation 22:18-19).

Scripture speaks of tradition, indeed the Master Himself spoke about tradition to His disciples, the scribes, and the Pharisees. Contrary to common belief, Messiah does not condemn tradition (in and of itself).  It is perfectly fine to have traditions in our homes, in our communities, and in our nation.

Yeshua spoke against traditions only when they were held above G-d's commandments and were a cause for violating the Law. Paul teaches traditions to a number of early congregations according to his epistles (e.g. 1 Corinthians 11:2, 2 Thessalonians 2:15). It is almost certain that those traditions included the Jewish "traditions of the Elders" as they were understood in his day. When Paul spoke against tradition it was in reference to Gnostic traditions which violated G-d's Law. The Law itself speaks against the "customs" of nations who were in the Land before the Israelites entered. (Leviticus 20:23)

What is our stance on ecclesiology and Israelology?

Ecclesiology is the study of community in Yeshua.

Scripture speaks of a singular people of G-d: Israel. "The church" (Greek: ecclesia- a gathering, assembly) is a label that applies to the "congregation" that includes both Jews (biological descendants of Abraham, Isaac, and Jacob) and non-Jews/Gentiles. Paul eloquently describes this single group in Ephesians 2, Israel and "the church" are not two separate entities. The two groups (Jew and gentile) are made into "one new man" in Messiah. The gentiles are grafted into Israel and "brought near by the blood of Christ" (Ephesians 2:13).

Israelology is the study of who Israel is. The name Israel can refer to:

What is our stance on Christology and election?

Christology is the study of the nature of Messiah.

Messiah is simultaneously completely human (i.e. "Son of Man"- Matthew 9:6) and completely Deity (Colossians 2:9). Messiah is the radiance of G-d's glory and the exact representation of G-d's nature (Hebrews 1:3).

Messiah's flesh is not Deity.

The minute before His mother Miriam [Mary] had conceived, His flesh did not exist. G-d has always existed (Genesis 1:1, Psalm 90:2) so we know Messiah's flesh is not Deity.

From these two facts we can know that Messiah's flesh is not G-d.

In Messiah's flesh all the fullness of Deity dwells in bodily form (Colossians 2:9)

"Election" focuses on the method of salvation for the individual, the body of Messiah, and the people of Israel.

Every individual who has ever been saved from the consequences of their sin has been saved by grace through faith (Ephesians 2:8). This includes the men and women of Scripture who lived before Messiah. As it is written in Hebrews 11, "For by [faith] the men of old gained approval.".

There is no other method of salvation for individuals or nations. As Messiah declared, "No one comes to the Father but through Me." (John 14:6)

What is our stance on the Holocaust and supersessionism?

The Holocaust (the systematic destruction of the Jews by Nazi Germany) was a purely evil work of men trying to destroy G-d's chosen people. But we know that G-d causes all things to work together for good to those who love G-d, to those who are called according to His purpose. (Romans 8:28). Even in the midst of the horrendous evil that was perpetrated upon the Jews (both those who lived and those who died) G-d caused it to work together for the good He had purposed in restoring the Jews to their Land.

The concept of "supersessionism" is essentially the question of replacement theology: has the Church replaced Israel as the chosen people of G-d?

The short answer is no. Paul makes this clear throughout his letter to the Romans... especially in Chapter 11. G-d has not rejected His people, Israel. Gentile believers are grafted into Israel, some of whose branches have been broken off for a time.

The teaching of supersessionism is to be rejected and systematically dismantled at every opportunity.

What is our stance on the work of the Holy Spirit?

It is His work that enables those who are apostles, prophets, teachers, healers, etc (1 Corinthians 28) to do what they do.

The Holy Spirit regenerates and renews the spirit of a believer (Titus 3:5).

The Holy Spirit testifies on behalf of believers (Acts 20:23).

The Holy Spirit bears forth fruit in the lives of believers (Galatians 5:22-23).

What is our stance on Messianic Jewish identity?

This is a question of how Messianic Jews relate to the church and to the Jewish people.

Believers who are born as biological descendants of Abraham, Isaac, and Jacob have a place of honor within G-d's community (Romans 1:16, 2:9, 10, Romans 3). They remain Jewish (biologically and sociologically) after they believe in the Messiah Yeshua but are not bound to any form of Judaism.

What is our stance on Jewish-Christian relations as well as relations to other religions?

Throughout the past two thousand years or so, Christians and Jews have persecuted one another with Christians inflicting much greater pain, suffering, and death among the Jews than the Jews upon Christians. All of this persecution has arisen from intolerance and misunderstanding.

While it may be possible in some times and places for Jews and Christians to dwell together in peace, a full reconciliation between the two groups will not be possible until Messiah returns. Torah prohibitions against idolatry and the worship of false gods will always lead Jews to persecute (to the Jewish mind, heretical) Christians and Messianics and drive them out of fellowship today just as it did in the first century.

Christians should never proselytize Jews with the intention of "freeing" them from the Law or in any way cause them to cease from obeying G-d's commandments but instead should only testify of the work of G-d's Spirit in our own lives and proclaim the truth of the Messiah Yeshua.

Where it is possible, believers should seek to be at peace with all men (Romans 12:18). However, we should not adopt the customs or traditions of other religions (Leviticus 20:23): for example, we should not celebrate kwanzaa or ramadan.

Paul provides excellent instruction in this matter to Timothy:

Now flee from youthful lusts and pursue righteousness, faith, love and peace, with those who call on the Lord from a pure heart. But refuse foolish and ignorant speculations, knowing that they produce quarrels. The Lord's bond-servant must not be quarrelsome, but be kind to all, able to teach, patient when wronged, with gentleness correcting those who are in opposition, if perhaps God may grant them repentance leading to the knowledge of the truth, and they may come to their senses and escape from the snare of the devil, having been held captive by him to do his will.

We should be gentle in our proclamation of G-d's truth. We should "preach the gospel always and use words if necessary". Our good works should testify of the One whom we serve and glorify His Name (Matthew 5:16).