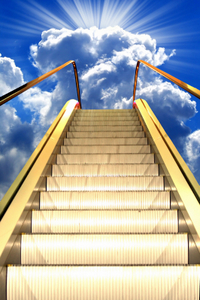 Here we go again.  I can imagine the conversation in homes all over will start something like this...

"Honey! Come look at what those heretics are spouting off this time!"

Everyone does go to heaven.

We can prove it together from Scripture.  Let's start from the beginning with a question that every child should be able to answer:

G-d is in heaven.

So we know G-d is in heaven.

What does G-d sit on in heaven?

This may sound impertinent but it is not meant to be.

G-d sits on His throne.

Where will the final judgment occur?

The final judgment will occur before the throne of G-d:

Then I saw a great white throne and Him who sat upon it, from whose presence earth and heaven fled away, and no place was found for them. And I saw the dead, the great and the small, standing before the throne, and books were opened; and another book was opened, which is the book of life; and the dead were judged from the things which were written in the books, according to their deeds. And the sea gave up the dead which were in it, and death and Hades gave up the dead which were in them; and they were judged, every one of them according to their deeds. Then death and Hades were thrown into the lake of fire. This is the second death, the lake of fire. And if anyone's name was not found written in the book of life, he was thrown into the lake of fire. 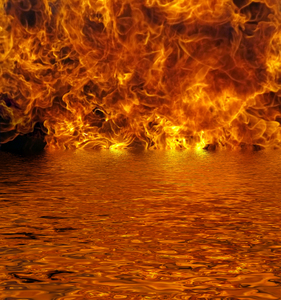 From this, we can see that everyone will be in heaven for the judgment and thus everyone goes to heaven...

...but not everyone will get to stay there.