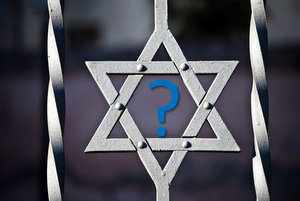 A: The Jew who accepts Jesus as the Messiah (as well as their children) are still Jews. We are not aware of anything that can transform a Jew into a Gentile.

As Sol Hachuel boldly declared "I was born a Jew, and I shall die a Jew."

If you are referring to behavior (i.e. Jews who aren't behaving like Jews) then any number of things (secularism, spiritual apathy, lack of Jewish education, threats of bodily harm, etc) can provide an avenue for a Jew to cease behaving like a Jew.  Christianity is merely one of many possible causes.  We at the Psalm 119 Foundation (the organization behind the Psalm11918.org website) heartily condemn the prevailing error within Christianity that encourages or requires Jews to abandon their covenantal Torah obligations when they become believers in Jesus.  Such encouragement or requirement is entirely without basis in Scripture!  The Prophets condemn such behavior when it occurred in their day and Messiah, Himself, pointed out such error in His message to believers in Pergamum (Revelation 2:14) where some held the "teaching of Balaam, who kept teaching Balak to put a stumbling block before the sons of Israel, to eat things sacrificed to idols and to commit immorality".

If you are referring to intermarriage then, once again, Christianity is far from the sole source of that threat to Jewish identity.  The position of the Psalm 119 Foundation (based, we believe, upon the teaching of Scripture) is that any person who would desire to marry a Jew should also become Jewish through conversion.  Scripture provides the example of Boaz and Ruth, where Boaz would have been forbidden by Torah to marry Ruth, a Moabite woman.  Since Scripture offers no condemnation to Boaz for his apparent intermarriage and instead esteems both him and Ruth as the forebears of King David, it appears Ruth converted to Judaism (as indicated by her declaration to Naomi: "your people will be my people and your G-d will be my G-d").

Perhaps a shorter answer to this question would be: "it depends".

It depends upon the Jewish individual.  For example, we know a sixth generation Jewish believer in Messiah who remains Torah observant (along with his Gentile-convert-to-Judaism wife and their son).  Far too often, however, it is usually zero generations: the Jew who becomes a believer in Jesus often abandons their Jewish identity and Torah observance immediately.  This is tremendously sad and unfortunate.

One of the goals of The Psalm 119 Foundation is to encourage Torah observance among all believers in the Messiah Yeshua... observance that is appropriate to the individual's position within the Congregation of Israel whether that person is a Jew or Gentile.  We pray that we are contributing in some way to tikkun olam and restoring  G-d's perfect Law to the world.