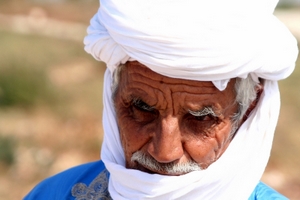 Yitro (the Hebrew name of Jethro) is mentioned several times throughout the book of Shemot (Exodus). There is some potential confusion regarding his relationship with Moshe. The following details from Scripture (in parashah Shemot and other passages) are given here to provide some detail on this enigmatic individual.

Names of Yitro in Scripture

There are a number of verses that provide insight into who Yitro was and various names that Scripture uses for him. Click on the images below to enlarge them.

In Exodus 2:15-22 we see the "priest of Midian" had seven daughters who Moshe helped.

In verse 18 their father is identified as "Reu'el" (shepherd of G-d).

It may be possible at this point to assume that Reu'el and "the priest of Midian" are one in the same.

who later gives his daughter Tzipporah to Moshe in marriage (verse 21).

Tzipporah uses the word to describe her husband, Moshe:

Then Zipporah took a flint and cut off her son's foreskin and threw it at Moses' feet, and she said, "You are indeed a bridegroom of blood to me."

Thus we see it is a generic term for any male relative by marriage.

Here is a composite of the information we have thus far:

In Exodus 18:6 we again see these relationships restated: Yitro is the priest of Midian; he is the chotan of Moshe and Tzipporah is Moshe's wife:

Numbers 10:29 provides one of the possible keys in understanding Moshe's relationship with Reu'el:

Then Moses said to Hobab the son of Reuel the Midianite, Moses' father-in-law, "We are setting out to the place of which the LORD said, 'I will give it to you'; come with us and we will do you good, for the LORD has promised good concerning Israel."

Unfortunately, this verse is ambiguously constructed. Does the descriptor of chotan apply to Reu'el:

In Judges 4:11 we see Chovav [Hobab] described as a chotan:

Here is a summary composite of the information above. In it we have made use of the ambiguous term av (father) in one of its variations: grandfather. Also noted is the possibility that Chovav and Yitro are one in the same person:

Whoever he may be, Yitro is also mentioned by name in the Midrash.

Yitro in the Midrash

In a "Midrash and Method" article entitled "What's in a Name?" Dr. Meir Levin notes that Yitro had seven names according to the Midrash: