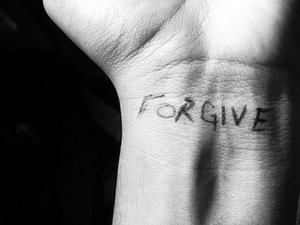 The Biblical principles regarding offense and forgiveness described here are essential to community life.

The discussion that prompted this article was a study on Colossians 3, verses 1-17 but a great deal of time was spent discussing verses 12-14:

So, as those who have been chosen of God, holy and beloved, put on a heart of compassion, kindness, humility, gentleness and patience; bearing with one another, and forgiving each other, whoever has a complaint against anyone; just as the Lord forgave you, so also should you.  Beyond all these things put on love, which is the perfect bond of unity. "
(Colossians 3:12-14)

We also talked about Matthew chapter 18 which details, in part, about how to approach a situation where someone offends you (see Matthew 18:15-20).

As a community, we should commit to follow a Biblical pattern every time even a minor offense pops up.

Here are some principles that Scripture outlines regarding what to do when someone offends you:

Pray about it. "Keep short accounts with God" (give it over to God right away).

Assume the best of your brother or sister in Yeshua; don't jump to conclusions.

Remember that we are all members of one body with Yeshua as our Head and we are determined to work this out.

Remember that Satan uses offense as a tool to isolate us and divide the body of Messiah. Don't let Satan succeed in this.

Ask yourself: "Am I allowing myself to feel personally offended when the problem is actually just a difference of opinion, a differing preference, a personality conflict, a pet peeve, or an issue of jealousy or pride on my part?"

Decide in advance to forgive them, even if they don't repent, and even if they never ask you for forgiveness.

See the "More Thoughts on Forgiveness" section below.

Step 2- (As soon as possible) Go To Them in Private

Address it with the person quickly.

Go directly to the individual. Meet in private and in person (ideally) or speak via phone (next best thing), but don't address the issue via email, text message, or social media.

Avoid lashon hara ["evil speech" / gossip] which can be committed even in the form of "sharing a prayer request". Don't discuss the matter with others first. Don't try to build up a support group so you can gang up on the person.

Approach the situation humbly and gently. Our motivation should always be love...not "vindication".

Approach the situation with a desire for reconciliation; to win back your brother or sister and restore the relationship.

Be humble enough to consider that some (or even most) of the blame may lie with you. Offense is often a two-way street. Be willing to admit you are wrong if that's the case.

If the individual won't listen or repent, then approach them a second time; this time with two or three witnesses. These witnesses should ideally be men or women of good reputation and/or members of your community leadership... not just people that you know will stick up for you no matter what.

If the individual still will not repent then the issue is brought to the whole assembly.

If the individual publicly confesses their sin and repents then forgive them and restore them to the community.

If the individual still will not repent, then they are to be "shunned" by the community until they repent. As hard as this is, it must be done to protect the rest of the community.

Even if they don't repent or listen to you, pray for that brother or sister.

Scriptural Guidance For the "Offender"

Listen and be humble

Confess your sin and repent

Prove your repentance through bearing fruit

Forgive yourself because God has forgiven you

Forgiveness is not something we do for OTHER PEOPLE.
We do it for OURSELVES- to GET WELL and MOVE ON.

While Matthew 18 teaches us how to deal with an offense, it also contains the parable of the servant who was forgiven of a huge debt by his king but then turns around and refuses to forgive a very small debt owed to him by a fellow servant. Needless to say, this doesn't go over well with the king.

Forgiveness is not optional... it is essential to those who are new creations in Yeshua (see 2 Corinthians 5:17-21).

Loving others (which encompasses forgiving others) is the natural result of being forgiven yourself.  In Luke 7:36-50 Yeshua contrasts the "sinner" who loves much (because she knows she has been forgiven much) with the Pharisee who loves little (because in his false piety he doesn't think that he needs much forgiveness).

Let's remember how much we've been forgiven!