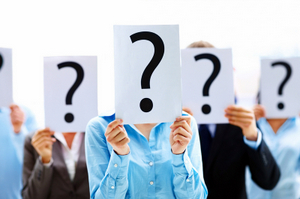 Q: Some say that because the N.T. was written in Greek, that is His one and only name.  Calling Him by His Hebrew Name is wrong, they say.  Can you explain this? Was he called Yeshua or Jesus in the Bible?

A: The Hebrew name of the Master is Yeshua.

It is our understanding that the N.T. was indeed originally written in Greek and the name of the Master in Greek is Ἰησοῦς.  If we used English letters to spell that out, it would look like this: Iesous. If we were to say this out loud it would sound like this: YAY soos.  Greek believers use this same name today.

There is no letter in the Greek alphabet that corresponds to our English letter "J" (see http://www.ibiblio.org/koine/greek/lessons/alphabet.html ) so it is impossible for the "Biblical" name of the Master to be "Jesus".  However, that is the label by which millions of English-speaking individuals use for Him. It is also impossible to find the written name "Yeshua" in the N.T. as well.  There is no "sh" sound in the Greek scriptures that record details about Him.

Historical evidence shows that first-century Jews often spoke Hebrew, Aramaic, and Greek (as a trade or "business" language) and Jews often had both a Hebrew/Aramaic name as well as a Greek name.  Paul is a perfect example.  His Greek name was Paul and his Hebrew name was Saul (Acts 13:9).  The Greek scriptures attempt to record Hebrew names as closely as possible but there is no "sh" sound in Greek so the common Hebrew name "Sha'ul" is transliterated into the Greek "Saulos".

We believe it was so with the Master as well.  Although the Greek records His name as "Iesous", the closest Hebrew name that fits with the message of the angel that spoke to Joseph (Matthew 1:21) is, indeed, Yeshua (He will save).

We are unaware of any reason why calling the Master by His Hebrew name would be "wrong".

We would like to share one of our articles that is related to your question and we pray you will be blessed and encouraged by it: Not Every Knee Will Bow at the Name of Jesus.