You've taught that Adam was the first in the line of Melchizedekian priests and that Abram tithed to someone of that priesthood. Wouldn't Abram have been the priest at the time that he tithed? Weren't his father and grandfather already dead by then? 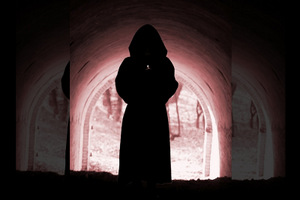 Q: How do you know all these things about Melchizedek?

A: The answer to these questions is bit technical so bear with me on the explanation.

There are essentially three clues that helped me connect the dots.

First, I used the Greek text of the book of Hebrews (the oldest existing copies of the Apostolic Writings are written in Greek) and examined the phrase "order of Melchizedek". The Greek word that is translated as "order" [taxin] does not mean "a monastical society" like the Benedictine or Franciscan monks, it means "a sequence" or "a succession". We get our English word taxonomy (an ordered structure) from the same source.  Hebrews 5:6 (quoting Psalm 110:4) literally says "You are a priest forever according to the sequence/succession of Melchizedek." So we know that this priesthood has a sequence or succession associated with it.

Second, the name "Melchizedek" comes from a Hebrew phrase [mal'chi tzedek] which literally means "my king is righteous". The writer of the book of Hebrews makes a play on that phrase when he says in Hebrews 7:2 that the name means "king of righteousness". So we know from the name that this priesthood (unlike the Levitical priesthood) has something to do with righteousness.

The third and final clue was the most puzzling. I uncovered it when searching out an unrelated topic in Peter's second epistle. The Greek of 2 Peter 2:5 literally reads "...and the old world did not spare, but the eighth person, Noah, of righteousness a preacher, did keep, a flood on the world of the impious having brought...". Most translators take this verse to mean that Noah was the eighth of all the people who were saved on the ark but that is not implied by the phrasing of the Greek text.

In this passage Peter is making the point that G-d knows how to rescue the godly from temptation and keep the unrighteous under punishment for the day of judgment (2 Peter 2:9). He specifically notes that G-d protected Noah, the eighth person who was a preacher of righteousness, during the Flood.

This begged the question... who were the previous seven preachers of righteousness?

Noah wasn't in the eighth generation of mankind. According to Genesis chapter 5, he was in the tenth:

At first I thought this was a dead end in my search but I noticed one other detail when I charted out the lifespans of those ten generations:

II: When Adam died, Seth (2) was next in line of succession.

VII: When Jared died Methuselah (8) took his place because Enoch (7) had been "taken" (Genesis 5:24) and was thus skipped in the line of succession.

VIII: When Methuselah died Noah (10) took the role because Lamech (9), who should have been next, had already died.

Using the details given in Scripture, we find that Noah would have been eighth in a sequential line if we begin with Adam. I have a chart of this in my original article regarding the Mystery of Melchizedek.  There are no other scenarios which make Noah the eighth without Adam being the first that also still align with Scripture.

You also asked about Abram's tithe in Genesis chapter 14 and whether or not Abram would have had to have been the priest, himself. I created a second chart (also in the Mystery of Melchizedek article) that begins with Noah and continues the same pattern of bestowing the priesthood upon each successive generation. At the time Abram gave a tithe to Melchizedek, Shem (Noah's son) was still alive (!) and would have held that title. The oral history of the Jewish people corroborates this idea by explicitly naming Shem as the person with the title Melchizedek in the Genesis 14. Shem would have held that title until he died and then Eber, his great-grandson, took over.

One additional note: if we trace the order of Melchizedek down through the history of the Jewish people, we find that Solomon would have also held that title for a time and he frequently refers to himself as "the preacher" throughout the book of Ecclesiastes. Was he the "preacher of righteousness" in his generation? It is very likely.