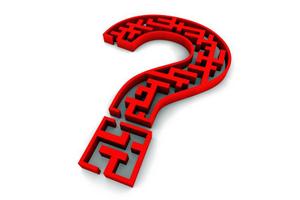 Q: If Melchizedek Is Greater Then Why the Levites?

"Melchizedek" comes from two Hebrew words (melek [king] and tzedeq [righteous]) and can be literally understood as "my king is righteous".  This is likely a title rather than a name.  Melchizedek is mentioned only three places in Scripture: Genesis 14, Psalm 110, and Hebrews chapters 5, 6, and 7.

The "order" of Melchizedek is not some type of monastic society or secret order, it is a sequential order... a sequence or an array.  I believe that the order/sequence of Melchizedek began with Adam.  The title (Melchizedek/my king is righteous) was his until he died and then the title was passed sequentially from father to son (or grandson) down through Abraham, Isaac, Jacob, Judah, King David, King Solomon, and so on, until it came to Christ.  Because Jesus was resurrected, never to die again, the title of "Melchizedek" is His forever.  The whole reason the "order of Melchizedek" is so important is because it culminates in Messiah.  For more information about Melchizedek see our article The Mystery of Melchizedek.

As far as the second question "then why have the Mosaic Law at all"?

It should be noted that there is nothing wrong with the Mosaic Law.  It has multiple purposes: when G-d's Law is broken then it reveals humanity's sinful nature (Romans 3:20).  When His Law is obeyed then it demonstrates the G-d's wisdom (Deuteronomy 4:5-8) and His righteousness (Isaiah 42:21) and holiness (Romans 7:12).  But G-d's Law cannot redeem humanity or bring about salvation.  That was never its purpose.

The writer of the letter to the Hebrews makes the point that Messiah's work in the Melchizedek priesthood is greater than the work of the Levitical priesthood.

Jesus' priesthood and His sacrificial work was able to remove sin, cleanse the conscience, and purify the heart.  As Hebrews 7:28 says, "For the Law appoints men as high priests who are weak, but the word of the oath, which came after the Law, appoints a Son, made perfect forever."

Christ's work in redeeming humanity from their sins is a far greater thing than the Levitical priesthood's work in pointing out the need for such a redemption.

Why have the Mosaic Law at all?  The world still needs to understand the wisdom of G-d.  We still need to see G-d's righteousness and holiness.  And, until Yeshua returns, humanity still needs something to point out our sin and our need for Messiah, our Redeemer.