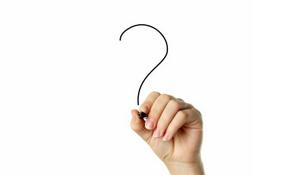 Q: Does G-d change His mind?

How are we to understand these apparently contradictory passages?

Dessert
A woman had a son who did not like spinach. (Don't we all?) :)
The mother told the son that if he ate the spinach on his plate along with the rest of his meal that he could have dessert.
The son refused to eat the spinach and so did not get dessert.

Week after week this happened on the nights when spinach was served.
One night the son ate the spinach with his meal (making faces the whole time) and was able to have dessert.

Neither on that night nor on all the nights before had the mother ever changed her mind.

The Path
A man went to the beach on a hot summer day and noticed two paths from the street to the surf:
one was a sandy trail that appeared to be highly traveled; the other was a shade covered boardwalk that seemed new but unused.
Figuring the crowd knew best, the man set off on the sandy trail.

The sun-baked sand burned his bare feet and after several yards he cried out in pain. He turned back and returned to the street.
Once he had switched to the boardwalk the shade kept the path from growing too hot and he made it comfortably to the beach.

One path was painfully hot and the other was comfortable but the sun had never stopped shining.

G-d didn't change His mind: we changed our behavior and the consequences were different.