Behold, children are a heritage from the Lord, the fruit of the womb a reward. – Psalm 127:3

Last week a friend asked me what I thought about a recent CNN article entitled "I don’t own my child’s body".

In the article, author Katia Hetter explains that she does not require her daughter to hug or kiss anyone she doesn't want to. "I would like you to hug Grandma, but I won’t make you do it" says Hetter to her daughter.

She goes on to quote Irene van der Zande, co-founder and executive director of Kidpower Teenpower Fullpower International: "When we force children to submit to unwanted affection in order not to offend a relative or hurt a friend's feelings, we teach them that their bodies do not really belong to them because they have to push aside their own feelings about what feels right to them. This leads to children getting sexually abused, teen girls submitting to sexual behavior so 'he'll like me' and kids enduring bullying because everyone is 'having fun.'"

Hetter draws a key observation from Ursula Wagner, a mental health clinician in Chicago: forcing children to touch people when they don't want to leaves them vulnerable to sexual abusers, most of whom are people known to the children they abuse. According to Ms. Wagner, none of the child victims of sexual abuse or assault she has counseled was attacked by strangers.

While I disagree with Ms Hetter about a great many things, I believe this is a reasonable approach that will enable our children to develop personal responsibility and make choices about their own bodies.

As she puts it:

I will not override my own child's currently strong instincts to back off from touching someone who she chooses not to touch.

I figure her body is actually hers, not mine. 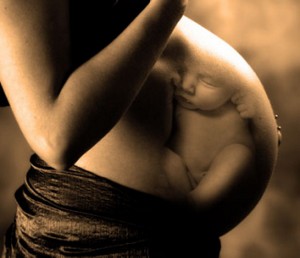 I agree completely. I believe every child, including the unborn, should have the right to live without being harmed.

I am in support of every child being able to back off from touching someone who she chooses not to touch... including abortionists who would seek to kill her.

I figure her body is actually hers, not her mother’s, right?

Last modified on 29 November 2015
Tagged under