A Fitbit For Your Spiritual Health 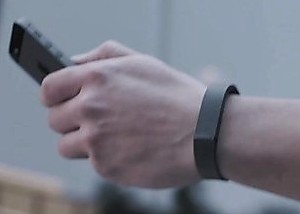 My only daughter (and youngest child) recently went off to college. Before she left, her mother and I gave her a mountain of advice and a metric ton of encouragement before she took that giant next step in her life.  Being the kind soul that she is, she also gave me a bit of advice in return: "Dad, you should get a Fitbit. It can help you monitor your health."

So… I bought a Fitbit Flex. It’s a little band you strap on your wrist that, paired with an app on your phone, provides a simple reminder that I needed to watch what I eat, get outside and do some walking, and get enough rest.

After wearing it for a few days, it reminded me of another gizmo I bought several years ago called tefillin.
You might think of tefillin as a Fitbit for your spiritual health.

They are amazingly similar to each other. 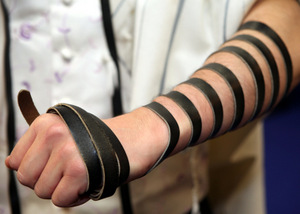 If you are into fitness, I can definitely recommend both!

Last modified on 06 August 2016
Tagged under

More in this category: « Is the Tribulation Near? WFT- fatidic »