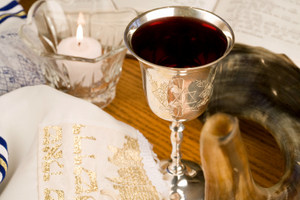 The weekly Sabbath is a wonderful gift from our Creator.  It is a time of peace, serenity, tranquility, and security: a time of abiding in the presence of the Most High without the normal cares and concerns of the rest of the week.

When we are asked by leaders in our congregations to do something or to believe something in regards to Scripture, we should always be like the Bereans and test everything against Scripture itself (Acts 17:11)... the whole of Scripture (2 Tim 3:16-17). If a person feels "led by the spirit" to speak, behave, or believe a certain way, they should test that spirit (1 John 4:1) and see whether what that spirit is telling them to do agrees or disagrees with Scripture.

Let us take a journey together through Scripture and see what it says about the matter of the Sabbath... a "walk in the Word" so to speak. As we take this walk, may we say, believe, and do what is right, be merciful in our speech and actions, and walk humbly with the Lord (Micah 6:8).

If you think we missed a verse regarding the Sabbath, please contact us.

Scriptural quotations are from the New American Standard Bible (NASB) unless otherwise noted. Bolded text or other emphases in the Scriptural references are the author's.

What does "Sabbath" mean?

1. Sabbath- the seventh day of the week (Saturday) set aside by the fourth Commandment for rest and worship and observed as such by Jews and some Christian sects

2. Sunday as the usual Christian day of rest and worship

That is a modern American definition of Sabbath but what does Scripture have to say about it? Let's examine the text and original languages of the Bible and see what is revealed.

There are three Hebrew words in Scripture that are translated as Sabbath:

The first is the primitive root word שׁבּת (shabbat). It is Strong's #7673 and can be either a noun or a verb that means "to cease, desist, rest" [NAS Exhaustive Concordance]. Sixty-six verses of the Tanakh use this word. The word is commonly transliterated with two "b's" (shabbat) although a direct transliteration would have only one "b" for the single bet in the Hebrew.

The second is the primitive noun that is also שׁבּת (shabbat). It is recorded as Strong's #7676 and is a noun that is an intensive form of the word above (Strong's # 7673) and means "the Sabbath" [NAS Exhaustive Concordance]. It is spelled and spoken the same way as the first word above. This word is found in 88 verses of the Tanakh.

Most of the instances of this word are not used to describe the Sabbath day and simply mean "to cease, stop, or remove".

Now on the sixth day they gathered twice as much bread, two omers for each one. When all the leaders of the congregation came and told Moses, then he said to them, "This is what the LORD meant: Tomorrow is a sabbath observance [shabbaton], a holy sabbath [shabbat #7676] to the LORD. Bake what you will bake and boil what you will boil, and all that is left over put aside to be kept until morning."

The last instances of shabbat are found in Amos chapter 8:

Hear this, you who trample the needy, to do away with [#7673, cause to cease] the humble of the land, saying, "When will the new moon be over, So that we may sell grain, And the sabbath [#7676], that we may open the wheat market, To make the bushel smaller and the shekel bigger, And to cheat with dishonest scales, So as to buy the helpless for money And the needy for a pair of sandals, And that we may sell the refuse of the wheat?"

The last instance of shabbaton is found in Leviticus 25:

'Your harvest's aftergrowth you shall not reap, and your grapes of untrimmed vines you shall not gather; the land shall have a sabbatical year.

There are two Greek words used in Scripture for Sabbath:

The first instance is found in Matthew 12:1

At that time Jesus went through the grain fields on the Sabbath, and His disciples became hungry and began to pick the heads of grain and eat.

The last instance is found in Colossians 2:16

Therefore no one is to act as your judge in regard to food or drink or in respect to a festival or a new moon or a Sabbath day-- things which are a mere shadow of what is to come; but the substance belongs to Christ.

προσάββατον (prosabbaton) combines the Greek prefix pro with sabbaton to mean "before the sabbath". This word is [Strong's #4315] and is used only once in Scripture:

When evening had already come, because it was the preparation day, that is, the day before the Sabbath, Joseph of Arimathea came, a prominent member of the Council, who himself was waiting for the kingdom of God; and he gathered up courage and went in before Pilate, and asked for the body of Jesus.

The second Greek word for Sabbath is σαββατισμός (sabbatismos) which means "a Sabbath rest". It is Strong's #4520 and is used once in Scripture:

So there remains a Sabbath rest for the people of God.

The Sabbath is a complex topic with numerous references and details provided throughout Scripture.

This concludes the introduction but we recommend you continue to the following: