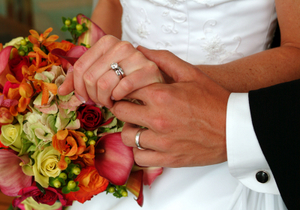 Covenants are frequently mischaracterized as "contracts" between two individuals. While there are some similaries, there are vast differences as well. From all appearances in our modern culture, there is a deep lack of understanding of what a covenant is and is not. It is this lack of understanding that has left many believers stranded in a limbo of inaction and confusion in their walk of faith or even in their own marriage.

Let us take a journey together through Scripture and see what it says about the matter of covenants... a "walk in the Word" so to speak. As we take this walk, may we say, believe, and do what is right, be merciful in our speech and actions, and walk humbly with the Lord (Micah 6:8).

Included in the appendix to this article are references to most (if not all) verses in Scripture that make use of the Hebrew and Greek words for "covenant". If you find a verse that is not referenced and think it should be, please contact the author.

What Does Covenant Mean?

Covenant is defined in The Encylopaedia Britannica 11th Edition as "a mutual agreement of two or more parties".1 G-d is one of the parties to many of the covenants made in Scripture. Webster's New World Dictionary further clarifies a covenant as a "binding and solemn agreement".2 The English word covenant originated in the mid to late 13th century in Middle English from the Old French word covenir which was, itself, based upon the Latin word covenire which meant "to come together" or "to agree". Thus covenants are often termed "agreements".

Scripture, however, is not a dictionary, and we cannot turn to "page 87" to get a concise definition. What then is a student of Scripture to do? One approach is to begin by investigating the original languages of Scripture and identifying the Hebrew and Greek words behind our English translation of "covenant". Once armed with this information, the student can search out passages of Scripture where these words are used and examine the context to gain a better understanding of the topic. Many helpful software programs (e.g. e-Sword [free], Accordance [Mac], and Logos [Windows]) including several online (e.g. CrossWalk.com) make this form of investigation quite simple and painless.

Examining these passages in their context absent the filters and biases of the translators (however mild or extreme they may be) often provides a broader and clearer understanding of the original meaning. Students using this methodology can also often find beautiful patterns within the rich tapestry of Scripture that can provide additional insight and points of investigation, learning, and growth. Let's begin with the Hebrew word for covenant...

There is one Hebrew word in the Tanakh for "covenant": the feminine noun בּרית. It is Strong's #1285, transliterated brit, and pronounced breet (like sheet). The word is found 285 times in 265 verses (see enumeration of the frequency by book in the appendix).

There is one word used in the Greek Scriptures for "covenant": the feminine noun διαθήκη. It is Strong's #1242, transliterated diatheke, and pronounced dee ath AY kay. The word is found 33 times in 30 verses and 11 of those instances are quotations from or references to the Tanakh.

Diatheke means "testament, will, or covenant" and is translated consistently in the NASB as covenant or covenants."5 It comes from the Greek word diatithemai (Strong's #1303) which means "to put apart, appoint, or make".6 This word itself is made up of two Greek words: the preposition dia (Strong's #1223 meaning "through") and tithemi (Strong's #5087 meaning "to place").7 From this we can see that diatithemai has the sense of appointing or making something by "putting it in its place". Covenants do this by identifying the proper roles and responsibilities of those participating in the covenant.

The words for "covenant" found in the original languages of Scripture reveal a rich meaning beyond our familiar English word. "Selecting", "choosing", "clarifying", and "brightening" are words that surround the meaning of the Hebrew word brit. "Appointing", and "making" by "putting something in its place" infuse a rich meaning to the Greek word diatheke.

An example from today

If we were to search our modern world for an example of a covenant the most common form we would find would be traditional marriage. In examining the idea of marriage we find that those involved in the marriage have "selected" or "chosen" (to use the Hebrew sense of the word) the person with whom to enter into the covenant. They are "clarifying" or "giving light" to their selection of a lifetime mate and partner.

As the primary example of covenant in our day we should take note of another aspect of marriage: divorce. Divorce is the dissolution of a marriage covenant. Scripture has numerous passages that speak of divorce but none quite so clearly as Malachi 2:16 where G-d states that He hates divorce. It is among only a dozen or so things that Scripture indicates G-d hates.

All of these thoughts come together to provide a broad understanding that we carry along with us on a journey to examine covenants in Scripture.

As noted above, the example of a marriage covenant shows that those entering into marriage are "giving light" to their selection of a lifetime mate. Identification of those involved in the covenant is critical. What other elements would we likely find in a covenant?

Elements of a covenant

PLEASE NOTE that this is an arbitrarily ordered structure created by the author for the purposes of providing a consistent pattern of describing the covenants and identifying specific components given in Scripture for each of the covenants. Although Scriptural covenants often contain these elements not every covenant contains every element.

The First Use of "Covenant" in Scripture

The first time the Hebrew word brit is used is in Genesis when G-d speaks with Noach:

But I will establish My covenant with you; and you shall enter the ark-- you and your sons and your wife, and your sons' wives with you.

This may seem surprising to those who have studied Scriptural covenants before. Often times the first covenant mentioned in such studies is the "Edenic" or possibly the "Adamic" covenant. Neither of these two are described in Scripture as covenants. The "Edenic covenant" is not a covenant in a proper sense. It was simply G-d's instructions to Adam in the Garden... the "rules of the house", if you will, for G-d's children in their original home.

What is often referred to the "Adamic covenant" is also not a covenant in the sense found in the original languages. It is the Scriptural record of G-d's judgment and correction upon Adam and Chavah [Eve] for their sin. It also includes prophecy of Mashiach (Genesis 3:14-15) but it does not constitute a covenant.

If a person tells his son "do not run in the house or else you will be disciplined" that instruction is not a covenant. It is simply a father providing instruction to his child. The son has no choice in agreeing to the requirement or the consequence.

Is there any evidence in Scripture that these are not covenants? Yes, there is.

First, brit (the Hebrew word for covenant) is never used in these passages to describe the relationship between G-d and Adam (or Chavah). If G-d never calls these relationships covenants in Scripture that would suggest they are not covenants.

Second, in these passages there are no words ever used regarding these events or relationships that suggest or imply a covenant. A parent/child relationship? A Creator/creation relationship? A G-d/mankind relationship? Yes, on all accounts! Some might challenge that these are arguments from silence that are insufficient in and of themselves and this author agrees. What other evidence is there to support this idea? The language itself gives us an answer.

The Hebrew word for covenant... is rooted in the idea of "selection" or "choosing"...

The Hebrew word for covenant, brit, is rooted in the idea of "selection" or "choosing" someone to be in the covenant. For the "Edenic covenant" there was no one else from whom G-d could choose... just Adam. The "Adamic covenant" presents the same problem... there was only Adam and Chavah and both were needed to perpetuate humanity. There was nobody else to choose. In a marriage covenant, where a man chooses a woman with whom to covenant, he is selecting one person out of numerous possibilities... someone to enter into a unique and special relationship with him. In a similar way we see throughout Scripture that G-d chooses those with whom He will enter into covenant. G-d makes a choice.

Some might point to Hosea 6:7 as evidence of an Edenic covenant:

But like Adam they have transgressed the covenant; There they have dealt treacherously against Me.

Let's move on and examine what is first described as a covenant in Scripture: G-d's covenant with Noach.