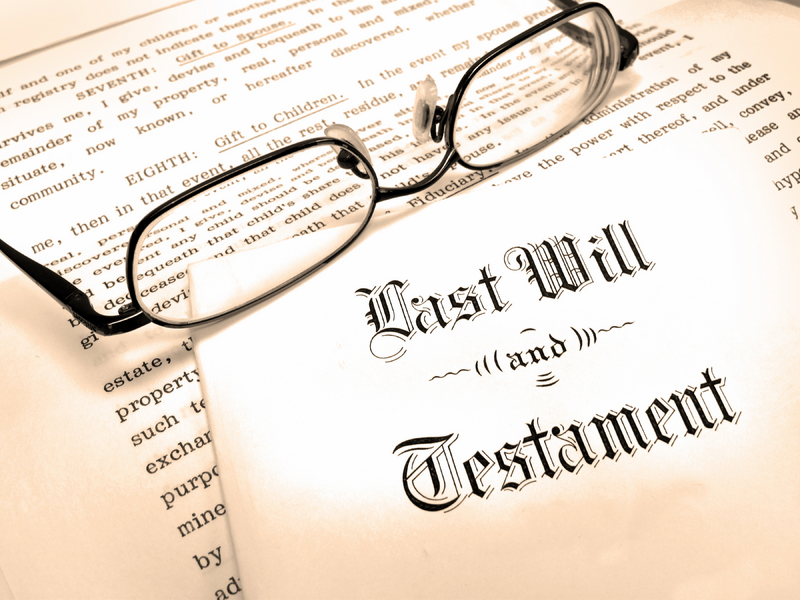 As the Psalm11918.org team began studying Scripture in earnest and examining the original languages behind our English translations, we also began taking a great interest in the definition and origin of the English words used by the translators. One of the words we investigated was the word "testament" which is used to describe the two major portions of the Christian Bible: the Old Testament and the New Testament. This led us down a path of study and investigation that we hope you find enlightening and encouraging.

First Fruits of Zion delivered an excellent study by Tim Hegg entitled "What's So New About the New Covenant". Mr. Hegg began his presentation with the statement "Words have power". His point was that once we invest a word with a certain meaning we rarely challenge that meaning afterwards to ensure that we are all referring to the same thing in our conversations.

One example is the word "gentleman". In the 1800's, the word gentleman had a specific meaning:

Every man above the rank of yeomen, comprehending noblemen. In a more limited sense, a man, who without a title, bears a coat of arms, or whose ancestors have been freemen. In this sense, gentlemen hold a middle rank between the nobility and yeomanry.1

Today the word has a substantially different meaning:

A man whose conduct conforms to a high standard of propriety or correct behavior.2

We have invested a different meaning in a word than those who were using it in a previous time.

If we were to read a book or newspaper from the early 1800s we might be led to think that a description of someone as a "gentleman" meant that he was well mannered when the intent of the author was to indicate that the man was of noble birth and had a coat of arms (even though his conduct might have been improper). We have invested a different meaning in a word than those who were using it in a previous time.

The same thing can be said of several words or phrases used in our modern English translations of Scripture including the term "New Testament".

The word "new" is simple enough: it is something that is not old. What about the word "testament"? That is slightly more complex.

The English word "testament" comes from the Latin "testamentum":

c.1290, "last will disposing of property," from L. testamentum "a will, publication of a will," from testari "make a will, be witness to," from testis "witness," from PIE *tris- "three," on the notion of "third person, disinterested witness." Use in reference to the two divisions of the Bible (c.1300) is from L.L. vetus testamentum and novum testamentum, loan-translations of Gk. palaia diatheke and kaine diatheke. L.L. testamentum in this case was a mistranslation of Gk. diatheke, which meant both "covenant, dispensation" and "will, testament," and was used in the former sense in the account of the Last Supper (see testimony) but subsequently was interpreted as Christ's "last will." 3

We see from this definition that the literal meaning of "new testament" is "new will" (as in an estate that is settled when someone dies). If we were to work past the misinterpretation described above, we might say that new testament means "new covenant". However, when we examine both sections of Scripture that are referred to as "the Old Testament" and "the New Testament" we find that neither are covenants. The "old testament" contains several covenants but is not, in and of itself, a covenant. It also contains many stories (Creation, the Fall, the Flood, etc), songs (Psalms), and sayings of wisdom (Proverbs)... but it is not entirely a covenant. Instead of referring to a portion of Scripture as the "Old Testament", we at Psalm11918.org refer to the Hebrew Scriptures by their Hebrew name: the Tanakh.

...if we examine the "New Testament" we do not find any of the common elements of a covenant...

In a similar manner if we examine the "New Testament" we do not find any of the common elements of a covenant: a declaration of participants, defined duration, responsibilities of each party, penalties for failure to comply with the responsibilities, conditions for perpetuation of the covenant, etc.
Therefore, the "New Testament" is not a covenant... new or otherwise.

Since the "New Testament" is not the "New Covenant", we at Psalm11918.org have chosen to challenge "New Testament" as the default label so often used for a portion of Scriptures. Instead, we have taken up the practice of referring to the portion of Scripture between Matthew and Revelation as "the Greek Scriptures".  The Greek Scriptures are also sometimes referred to as the Writings of the Apostles.

In order to better understand the "old covenant" and the "new covenant" we have studied the covenants as described in Scripture and written a series of articles. The series begins with covenants in general and then examines every use of the Hebrew and Greek words of the earliest manuscripts to identify the covenants given in Scripture and examine each of them in as much detail as history and the Scriptures themselves provide. The series on covenants begins here. The series is not yet concluded but the initial articles are already available.

We hope you will enjoy them and be blessed by them.