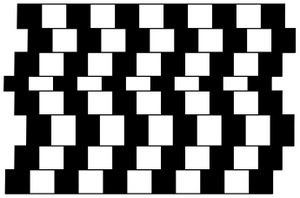 Although it might not be apparent when you first look at them, the horizontal lines in the image to the right are parallel.

In a similar fashion, there are a number of remarkable parallels between Moshe and Yeshua found in the pages of the Bible that might not be apparent until you look more closely.

We've compiled these parallels in the list below and added a few additional notes for good measure.

Have we missed one?  Contact us and let us know!