This week's parashah uses two Hebrew words in its name: Ki and Tisa.

Ki is a primitive particle indicating causal relations of all kinds (e.g. when, if, surely, yet, etc). Ki is also widely used as a relative conjugation or adverb. Ki (Strong's #3588) is used 1878 times in 1670 verses in the Tanakh.

Tisa is the conjugated form of the Hebrew word naso which is a primitive root meaning "to lift", in a great variety of applications, literally and figuratively. In this week's parashah it is used in the literal phrase "when you lift up the heads of the son's of Israel". This is a metaphor for "taking a census". Tisa (Strong's #5375) is used 674 times in 615 verses in the Tanakh. Naso is also the name of another Torah portion.

Ki is found in the following persons' names:

Naso is also used to form other Hebrew words:

The first time ki is used in Scripture is in Genesis 2:3.

Then God blessed the seventh day and sanctified it, because in it He rested from all His work which God had created and made.

The first time tisa is used in Scripture is in Genesis 4:13.

Cain said to the LORD, "My punishment is too great to bear!

The first time ki and tisa are used together in a verse in Scripture is in Exodus 23:21.

"Be on your guard before him and obey his voice; do not be rebellious toward him, for he will not pardon your transgression, since My name is in him.

The last time ki is used in Scripture is in Malachi 3:8.

"Will a man rob God? Yet you are robbing Me! But you say, 'How have we robbed You?' In tithes and offerings.

The last time tisa is used in Scripture is in Malachi 2:9.

"So I also have made you despised and abased before all the people, just as you are not keeping My ways but are showing partiality [lit: lifting; as in lifting one side of a scale so as to create an inaccurate measurement] in the instruction.

The last time ki and tisa are used together in a verse in Scripture is in Exodus 23:21. 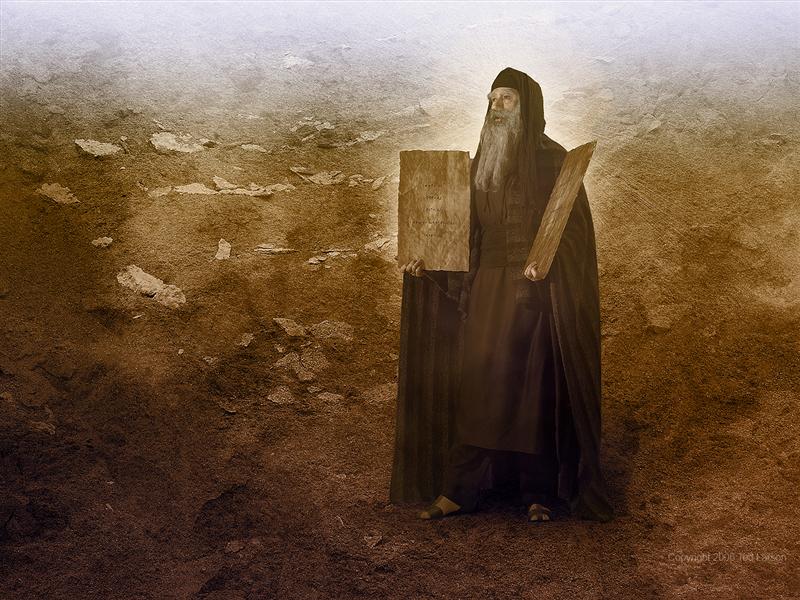 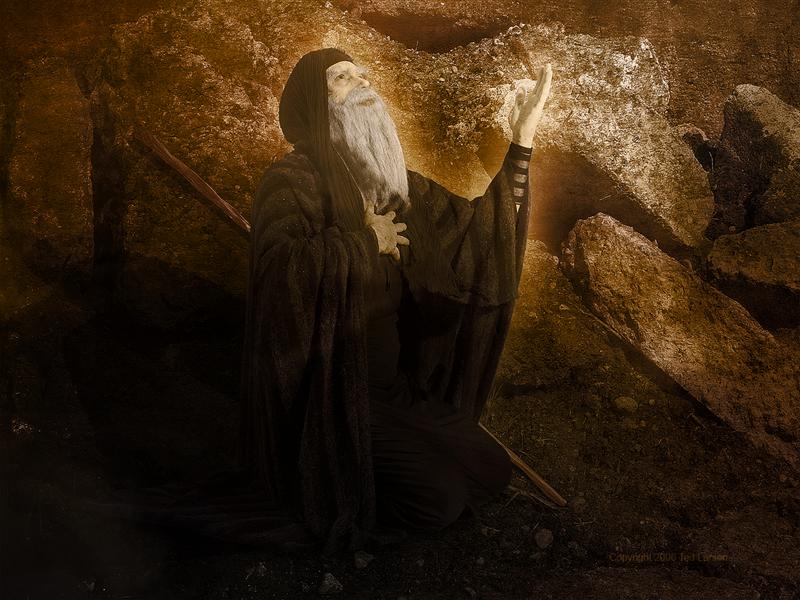 For there is one God, and one mediator also between God and men, the man Christ Jesus, who gave Himself as a ransom for all, the testimony given at the proper time.

In this week's parashah we find a portait of Messiah Yeshua. When the Israelites sin against G-d with the golden calf Moshe is initially angry with them. Correction is visited upon them. Moshe later goes back upon Mt. Sinai and intercedes on behalf of the nation. He mediates their physical salvation from destruction. Yeshua, the ultimate mediator is before the Father interceding for us (Romans 8:34).

G-d states that the Israelites should make a "laver of bronze" for washing. He goes on to state that Aharon and his sons shall wash their hands and their feet with water "so that they will not die". The picture is not one of punishment but a one of sanctity. G-d is Holy, Holy, Holy and to enter into his presence in a state of profanity (being common-place) cannot be done.

Humanity is symbolized in Scripture as wood (See the article on symbols for more information). Deuteronomy 4:24 tells us that G-d is "a consuming fire". Dry wood will burn and be consumed. Wet wood will not burn in the presence of fire. Although both are wood one burns and the other does not. What does the water symbolize? The very Spirit of G-d!

G-d states that the whoever mixes annointing oil in the formula prescribed in the preceding passages is to be "cut off [karat] from his people". Although this is a serious offense it does not warrant the death penalty.

The picture we get from this (and other similar scenarios) is that akin to the story of Pete Rose. Pete Rose was a famous baseball player but he committed a grave "sin" in the eyes of the baseball authorities: he gambled on a game. As a consequence he was permanently ejected from the game. He could never play major league baseball again because of the disgrace that he had brought upon himself and the game. In a similar way G-d "ejects" individuals from his kingdom because they have disgraced what G-d has set apart as holy.

The first place in Scripture where the Hebrew word karat is used is in Genesis 9:11 after the flood of Noach. This passage is where G-d says He will never again cut off all flesh by water.

G-d chooses B'tazl'el and fills him with the Spirit of G-d (see article on the Seven Spirits of G-d) to build the Tabernacle and its elements. B'tazl'el means "in the shadow (or protection)of G-d". When we are under G-d's protection we can focus on the work at hand and not be distracted by worry or concern.

Moshe says to G-d "You have said, 'I have known you by name and you have found favor in My sight.'" He then petitions G-d for 2 things and asks that, if he has, indeed, found favor in G-d's sight:

In verse 17 G-d affirms what Moshe said: "You have found favor in my sight and I have known you by name." For G-d to say that He knows you by name is an incredible honor!

In these two verses we are given what are known as the 13 Midot, the 13 Attributes, or 13 Attributes of Mercy of G-d.