Now these are the names of the sons of Israel who came to Egypt with Jacob; they came each one with his household.

Shemot literally means "names". It is the plural form of the masculine Hebrew noun shem (Strong's #8034) which by implication can mean "honor", "authority", or "character". The word is used 852 times in 765 verses in the Tanakh.

The first time shem is used in Scripture is in Genesis 2:11.

The name of the first is Pishon; it flows around the whole land of Havilah, where there is gold.

The last time shem is used in Scripture is in Malachi 4:2.

"But for you who fear My name, the sun of righteousness will rise with healing in its wings; and you will go forth and skip about like calves from the stall.

This is the same "last instance" verse as Parashah Vayetze. 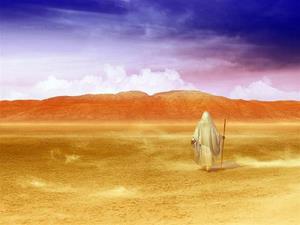 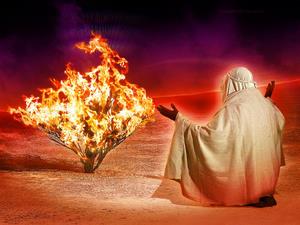 As we saw in previous parashyot, the life, character, and events surrounding Yosef presented some clear pictures of Mashiach. In an even greater manner we will see in the remainder of the Torah that Moshe presents a clear image of the Mashiach. There is a separate article that records some of the parallels between Moshe and Yeshua.

Was Moshe a Murderer?

In the beginning of chapter 2 (Exodus 2:11-15), we read that Moshe took the life of an Egyptian in apparent case of murder. Does this mean that G-d gave the Law through a law-breaker... a murderer?

Here are some observations:

Two specific points should be considered when evaluating the charge of "murder" against Moshe.

In this week's parashah G-d's special Name י-ח-ו-ח, (separated here by dashes out of reverence for the holiness of the Name), the Name by which G-d says He shall be remembered throughout all generations (Exodus 3:15) is made known to Moshe. The true pronunciation of this name was lost (likely during the Babylonian captivity) and, out of reverence for the holiness of this special name, we do not try to pronounce it but instead follow the tradition of saying Adonai (which is Hebrew for "Lord"). This consistent with English translations of Scripture which translate this special name as LORD (big capital "L" small capitals "ord"). The Hebraic tradition when writing in reference to this name is to use HaShem (literally "the name").

When Moshe says that the Israelites will ask him "What is His name?" G-d provides an answer to the question that is often interpreted in the King James tradition: "I AM WHO I AM". Daniel Lancaster, in the Torah Club Volume 1 audio commentary, notes that the Hebrew words in this passage אהיה אשׁך אהיה (eh'yeh asher eh'yeh) are in the "imperfect tense" and might better be translated "I WILL BE THAT WHICH I WILL BE". Rather than just a statement of his existence ("I AM") the Hebrew indicates G-d's unchanging and eternal character. He will be that which He will be... forever.

In this revelation of G-d's eternal, unchanging nature and character we can find comfort and the certain knowledge that the covenants that G-d has made He will keep. It is in his very nature. If we somehow think that G-d is changing (in any regard) then it is likely our perception which has changed rather than G-d.

There are a number of verses that provide insight into who Yitro was and various names that Scripture uses for him. We have compiled several observations in this article regarding Yitro.


None of the traditional 613 commandments is found in this parashah.