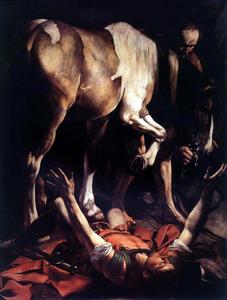 Although some may claim otherwise, the apostle Paul never stopped keeping the Law of Moses [Hebrew: Torah] after he encountered the risen Messiah in Acts chapter 9.

Yes, he was, but that does not mean that he followed the customs of the Gentiles and forsook the Law of Moses to do so.

Consider these passages from Scripture that speak of Paul:

After he had greeted them, he began to relate one by one the things which God had done among the Gentiles through his ministry. And when they heard it they began glorifying God; and they said to him, "You see, brother, how many thousands there are among the Jews of those who have believed, and they are all zealous for the Law; and they have been told about you, that you are teaching all the Jews who are among the Gentiles to forsake Moses, telling them not to circumcise their children nor to walk according to the customs. "What, then, is to be done? They will certainly hear that you have come. Therefore do this that we tell you. We have four men who are under a vow; take them and purify yourself along with them, and pay their expenses so that they may shave their heads; and all will know that there is nothing to the things which they have been told about you, but that you yourself also walk orderly, keeping the Law.

The leaders of the congregation in Jerusalem (including James and Peter) declared that Paul "walked orderly, keeping the Law."

For those who might suggest this was the Law of Christ, please note that the context refers to the false charges being leveled against Paul: that he was teaching Jews to forsake Moses (a common term for the Law), not to circumcise their children, nor to walk according to the customs. Disobedience to the customs are also part of the accusations against Paul. The leaders then instruct Paul to prove (by offering the sacrifices and ceremonial activities involved with completing a Nazirite vow) that he walks orderly, keeping the Law in order demonstrate the charges against him to be baseless and false.

"I am a Jew, born in Tarsus of Cilicia, but brought up in this city, educated under Gamaliel, strictly according to the law of our fathers, being zealous for God just as you all are today. (Acts 22:3)

Many false charges of this kind are brought against Paul. When he speaks before Festus in his own defense he declares:

At the end of his ministry, after Paul appeals to Caesar in his trial and is taken to Rome in chains, Paul speaks with the Jews of Rome:

After three days Paul called together those who were the leading men of the Jews, and when they came together, he began saying to them, " Brethren, though I had done nothing against our people or the customs of our fathers, yet I was delivered as a prisoner from Jerusalem into the hands of the Romans. (Acts 28:17)

This is the same Paul who wrote while in prison to the believers in Thessalonica:

So then, brethren, stand firm and hold to the traditions which you were taught, whether by word of mouth or by letter from us. (2 Thessalonians 2:15)

If Paul had ever taught traditions that were contrary to the Torah/Law of Moses/the Law of the Jews, or the customs of the fathers then he would have been transgressing the Law and violating the customs of his fathers.

Paul's own words and the testimony of Scripture teach us that Paul never stopped keeping the Torah.

While Paul's obedience may come as a shock to some, we should recognize that there is no error in his actions. Christians often share with unbelievers "the Roman road" to salvation:

Paul makes this statement in his first letter to Timothy:

But we know that the Law is good, if one uses it lawfully, realizing the fact that law is not made for a righteous person, but for those who are lawless and rebellious, for the ungodly and sinners, for the unholy and profane, for those who kill their fathers or mothers, for murderers and immoral men and homosexuals and kidnappers and liars and perjurers, and whatever else is contrary to sound teaching, according to the glorious gospel of the blessed God, with which I have been entrusted. (1 Timothy 1:8-11)

The passages mentioned above indicate Paul was using the Law in a lawful manner and continued to observe it for as long as Scripture records the events of his life.

From Scripture we can know that Paul never stopped keeping the Law.