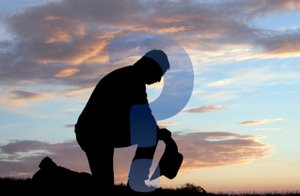 Things have been quiet for a while, so we thought we might stir things up a bit with a new "Did You Know" article.  Once more we anticipate that a resounding call will ring through homes:

"Honey!  Come look at what these heretics are blathering about this time!"

As startling and disturbing as the idea may be to some believers, the claim that every knee will bow and every tongue confess the name of Jesus Christ is false.

Those who would disagree will likely point to Paul's letter to the Philippians:

Being found in appearance as a man, He humbled Himself by becoming obedient to the point of death, even death on a cross.  For this reason also, God highly exalted Him, and bestowed on Him the name which is above every name, so that at the name of Jesus EVERY KNEE WILL BOW, of those who are in heaven and on earth and under the earth, and that every tongue will confess that Jesus Christ is Lord, to the glory of God the Father. (Philippians 2:8-11)

"There!" the critics charge. "How do you deal with that?  There it is in plain English!"

Unfortunately, it is the "plain English" that is the problem.

The name "Jesus Christ" was never spoken or heard in Messiah's lifetime.  In fact, no one uttered that name until about a thousand years later in the 11th century.

Look up "Jesus" in any dictionary, and it should confirm these origins.

Yeshua is a Hebrew word that means "salvation." (For those of you who are familiar with the Strong's concordance, it is Strong's #3444).  "Jesus Christ" is not the name of the Messiah.  It is a verbal label that some chose to apply to the Messiah a thousand years or so after His death, burial, and resurrection.

When Messiah returns (and oh, Lord, may it be soon!), what about people who don't speak English?  What about folks who speak Russian?  In their language, the label/name of the Messiah is Иисус.  We can transliterate this into English as Yehsoos.  Will every knee bow at the name of Yehsoos?

What about people who only speak Arabic?  To them, the Messiah is عيسى (transliterated as Isa and pronounced eesa).

In the German language, His name is Jesu (pronounced Yay soo).

In Japanese, He is known as イエス (Jisusu).

In Chinese, He is called 耶稣 (Yesu - pronounced yee soo).

In the Shona language of Zimbabwe, the Messiah is called Jeso.

In Italian, His name is Gesù.

Every language has its own variation of the name of the Messiah so which one is the name to which every knee will bow?

Every Knee Will Bow

Our point here is that every knee will bow, and every tongue will confess that the Messiah is Lord, but we should not be surprised if the verbal label applied to Him is not universally "Jesus Christ."  If the Lord "de-confuses" the languages that He confused at the Tower of Babel (Genesis 11:7), there may be a new Name, a new verbal label for Him.  Interestingly enough, Messiah Himself speaks of this exact thing in the book of Revelation:

Now to the King eternal, immortal, invisible, the only God, be honor and glory forever and ever. Amen.  (1 Tim 1:17)